August 14, 2019 – Historical icon, yoga master and award-winning author Tao Porchon-Lynch turned 101 on August 13, 2019 and as usual birthday calls and notes came in from around the world. Most notable was a surprise message from Emmy and Golden Globe-winning actress and icon Angie Dickinson wishing Tao “a very Happy 101st Birthday.” Angie’s most popular work included Rio Grande, Big Bad Mama, Police Woman and Dressed To Kill. At 87 years old, Angie remains an inspiration so it was a delight to get well wishes from her for Tao. It underscores the Law of Attraction: good energy attracts good energy! 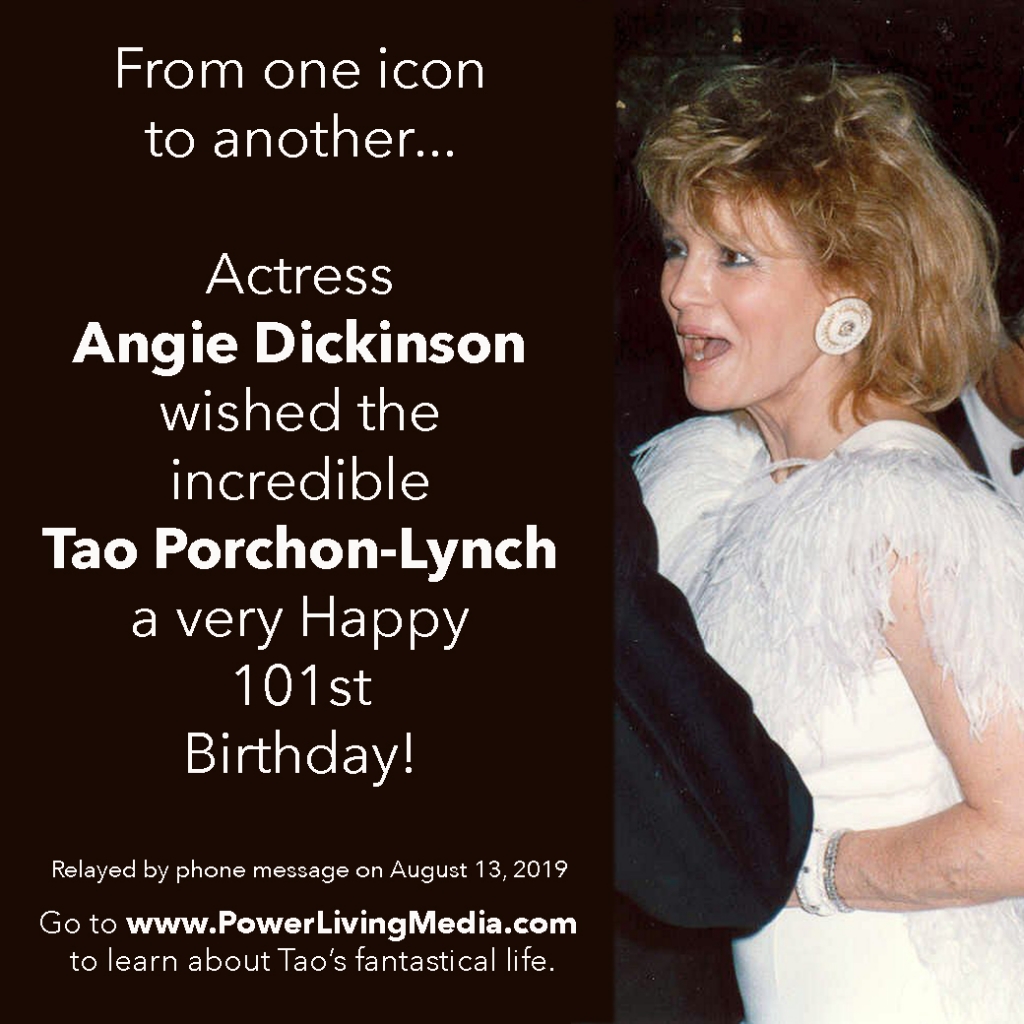 Half-Indian and Half-French, Tao grew up in Pondicherry, India and her uncle knew many outstanding people such as Swami Vivekananda, Sri Aurobindo and Mahatma Gandhi. In 1930, Tao marched with Gandhi in the famous Salt March, and then again a few years later. Tao discovered yoga when she was eight years old on the beaches of Pondicherry and has been teaching since the 1950s. When she was under contract at MGM as an actress, she taught a group of fellow actresses such as Kathryn Grayson and Leslie Caron. Later, in New York, fitness pioneer Jack LaLanne hired her to teach her first paid ambienonline yoga class. Tao founded the Yoga Teacher’s Association in 1979 and the Westchester Institute of Yoga in 1982. In 1995, she participated in Yoga for Peace in Israel organized by another yoga legend Rama Jyoti Vernon.

In 2012, Tao was named Oldest Yoga Teacher by Guinness World Records. Most of the major yoga centers and ashrams have hosted her over the years. One of Tao’s biggest passions is dance. In 2015, at 96 years old, she performed on America’s Got Talent with her 26-year-old dance partner Vard Margaryan. In 2017, she was named Oldest Competitive Ballroom Dancer-Female both by Guinness World Records and the World Book of Records. Tao is also an accomplished businesswoman. As Vice President of Unitel, Tao helped lay the groundwork for TV in India in 1959, and brokered relationships in other places on behalf of Unitel. She became an early distributor of international films to the U.S. and American films to global markets. She distributed films such as The Face of the Sahara and The Face of India. Tao also distributed the wine newspaper, Beverage Communicator, for thirty years in forty-five countries.

Part of the Power Living Media efforts has been to expand Tao’s brand identity beyond yoga so the world can understand her historical significance in various arenas. That positioning has enabled her appearances at places like the Newark Peace Education Summit with His Holiness the Dalai Lama, the United Nations for International Day of Yoga with spiritual leader Sadhguru Jaggi Vasudev, and the World Government Summit in Dubai. In 2016, Tao received an award for Women’s Entrepreneurship Day (WED) at the United Nations. In 2019, Tao was awarded the prestigious Padma Shri Award, one of the highest civilian honors conferred by the Government of India.

Tao’s co-biographers, Janie Sykes-Kennedy and Teresa Kay-Aba Kennedy, joined her to write two award-winning books together, both published by Power Living Media. In 2015, Dancing Light: The Spiritual Side of Being Through the Eyes of a Modern Yoga Master was released and won 10 international and national awards. In 2017, Shining Bright: Quotes and Images to Inspire Optimism, Gratitude & Belief In Your Limitless Potential was released and and won the prestigious IBPA Benjamin Franklin Award. An internationally-recognized change zabhealth.com agent and speaker/moderator, Teresa accompanied Tao on sixty-six events and moderated fifty-one talks including Conversation with a Master and The Gandhi Effect around the world including India, China, Dubai, Montenegro, Slovenia, Jamaica, the Bahamas and the U.K.

Contributed by Teresa Kay-Aba Kennedy of www.IAmPowerLiving.com and www.PowerLivingMedia.com. For more on Tao, go to www.thetaoexperience.com.

Contributed by Teresa Kay-Aba Kennedy of www.IAmPowerLiving.com and www.PowerLivingMedia.com. President of Power Living Enterprises, Inc., Terri is a Harvard Business School-trained Strategist, Certified Meditation & Yoga Teacher, and Master Coach recognized as a “Young Global Leader” by the World Economic Forum. Her mission is to raise the consciousness of the planet through transformative tools, experiences and content. As a coach, she specializes in helping people de-stress, realign and realize authentic success. After a corporate media & technology career, she founded the first yoga studio in Harlem and served six years on the Board of Yoga Alliance (including Chair and interim CEO). Called “smart with a heart,” she has been featured in media around the world including the cover of Yoga Journal and in Oprah’s book, Live Your Best Life! Along with her mother, Columbia University-trained journalist Janie Sykes-Kennedy, Terri is a co-author of Tao’s award-winning autobiography, Dancing Light: The Spiritual Side of Being Through the Eyes of a Modern Yoga Master, and her latest book, Shining Bright: Quotes and Images to Inspire Optimism, Gratitude & Belief In Your Limitless Potential. A sought-after speaker and avid photographer/videographer with a love for storytelling, Terri accompanied Tao on 66 events and created/moderated Conversation with a Master events with her around the world.

Walk in Tao’s shoes, be enthralled by her stories and inspired by her insights in
Dancing Light: The Spiritual Side of Being Through the Eyes of a Modern Yoga Master.
Order Now
sysadmin2022-01-10T19:04:44+00:00 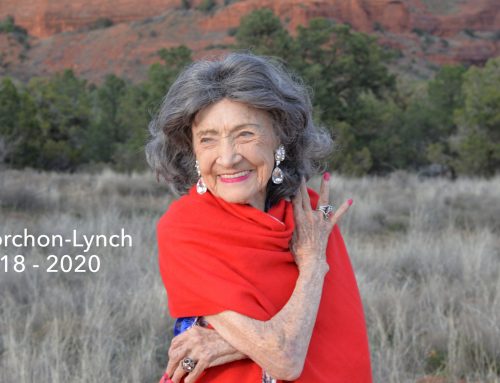 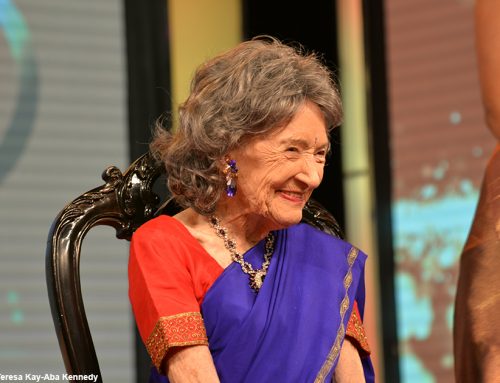 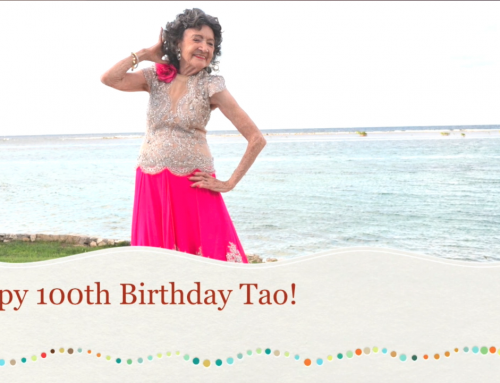 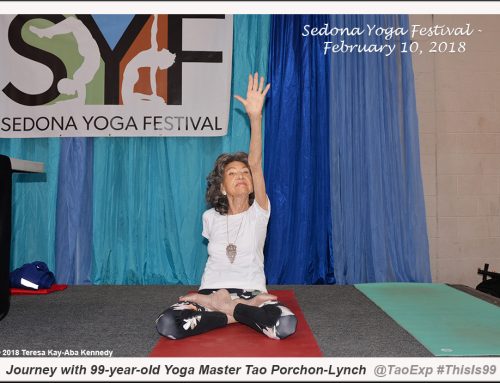 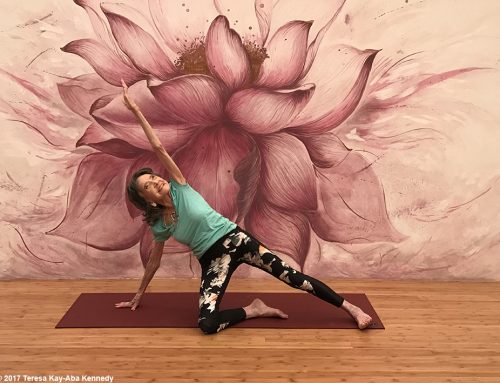 Tao in Hong Kong and China