Be Amazed by Tao on the Steve Harvey Show

Be Amazed by Tao on the Steve Harvey Show

On Tuesday, January 20, 2015, 96-year-old yoga master Tao Porchon-Lynch was on the Steve Harvey Show (Episode #3088). I had fun going to Chicago with her for the taping, despite the freezing temperatures. As usual, Tao was shining her light on everyone there – on set and behind the scenes. She amazed Steve and the audience, and Tao really liked Steve. She thought he had a genuinely good spirit.  In Tao’s humility, she didn’t mention her new autobiography (even though they had cued up the graphic for it), so be sure to pre-order Dancing Light: The Spiritual Side of Being Through the Eyes of a Modern Yoga Master. Be fascinated by her story and grow from her wisdom. Check out the video. If you are inspired and/or a fan of Tao’s, share this post and make a comment on the Steve Harvey show site.

I shot the pre-roll beach footage on our private writing retreat at the Dreamtime Villa in Montego Bay, Jamaica in December 2014. On set with Steve, Tao is wearing pants designed by Robert Sturman, who took the Dancing Light book cover photo. Tao was in the last segment called “Just One More Thing” (Steve, invite her back for a full interview! After all, how many people are there alive who marched with Gandhi, helped Jews escape the Nazis in World War II, modeled for famous designers like Jean Dessès, was an actress under contract with MGM in the 1950s, among other things). I was in the audience and can see that they apparently ran out of time and cut out a bunch of good stuff including more of Tao’s inspirational philosophy and the rest of her Shoulder stand moves. Read the interview and view some pictures below. 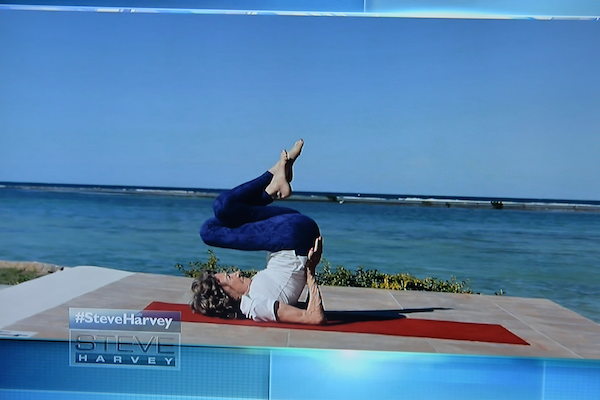 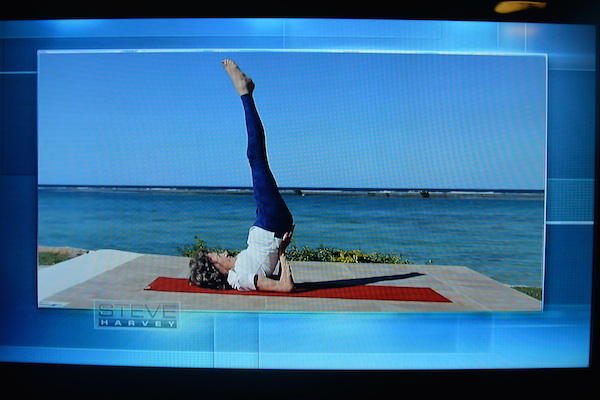 Steve: Like many women, my next guest practices yoga regularly. But unlike so many others, her moves have gotten more than a million hits on YouTube. That’s because she’s 96 years old (huge audience reaction). Please welcome Tao. 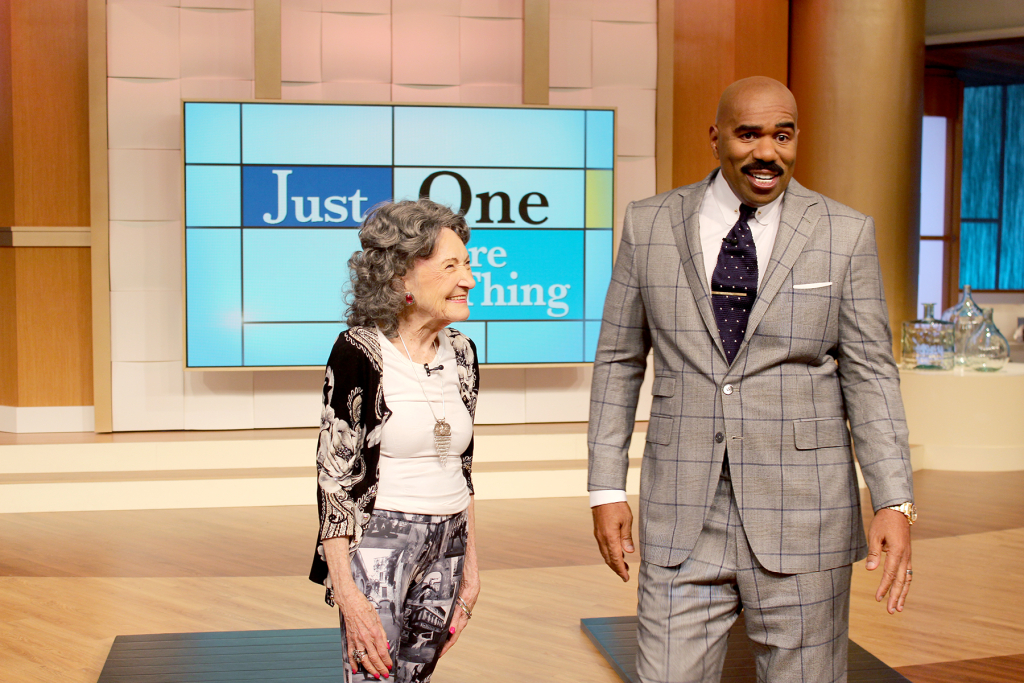 Steve: See, let me tell you something Tao, I don’t know what you do but do you have a book or some videotape or something because I’m going to whatever it is you’re doing… (laughter from the audience)

Steve: because my goal right now is to be you! (laughter from the audience) How long have you been practicing yoga?

Tao: Since I was a child in India.

Steve: Okay, it’s too late for me then… 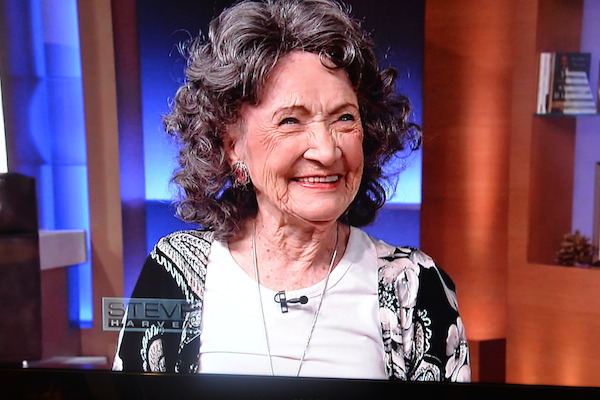 Steve: You have an acting background?

Tao: I guess so (humbly laughing). Actually, I was a model. That’s how I came to America (glamorous picture of Tao on screen with audience reaction). 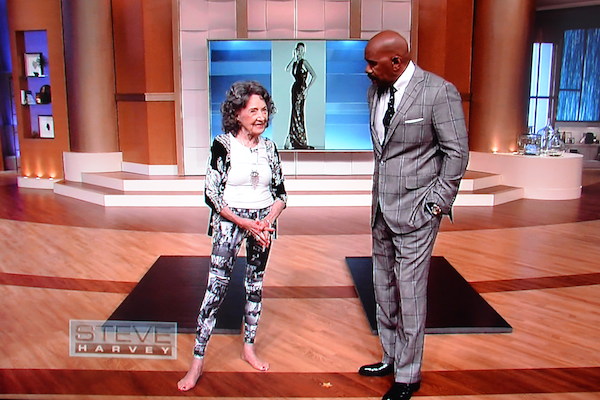 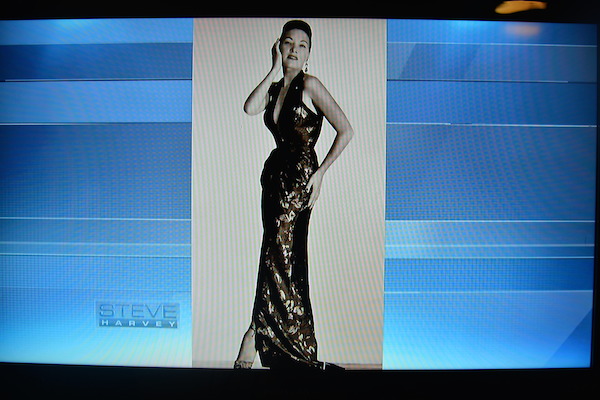 Steve: I see you girl…

Tao: I was one nine most famous models and I came to America in 1948 for Lever Brothers and then I went out to – I took a bus out to California, a Greyhound bus, and I was put under contract to MGM.

Tao: Are you going to do it with me?

Steve: (laughter from audience) Oh, well ma’am. (audience laughter, Steve looking down at the mat) Um… yes, ma’am… if I have to. Yes, ma’am I’ll do them with you. (To the audience) I want to say thanks to Tao and all my guests. It’s been a great hour. Tao, let’s see what we got. Let’s do some moves.

Tao: Okay. Should we start off here? (getting on the mat)

Tao: Let’s get down here (quickly sits on mat and goes into Lotus position). 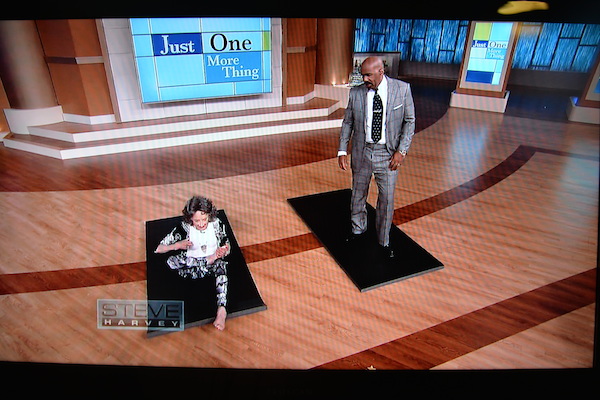 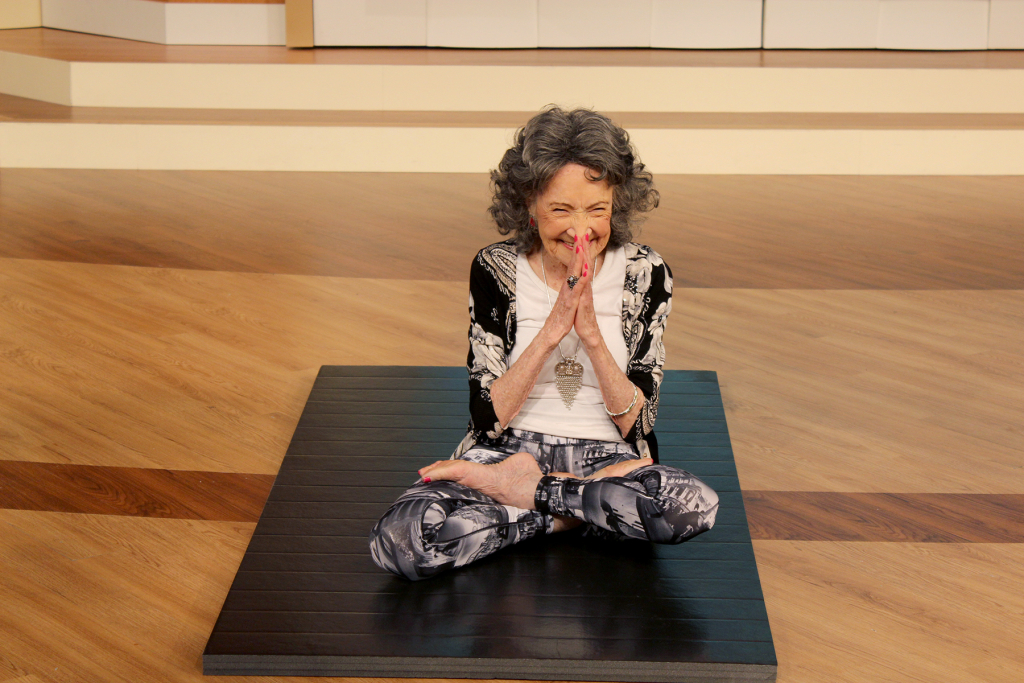 Steve: Awh, ain’t no way… I’d be in the hospital (audience laughter).

Tao: (Going up into a Raised Lotus position – audience reaction) 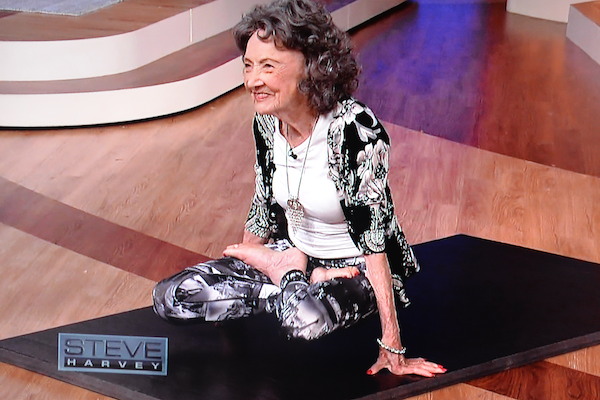 Steve: If my leg… (audience clapping for Tao – Steve said some other funny things but they cut it out) Ladies and gentlemen, Tao! 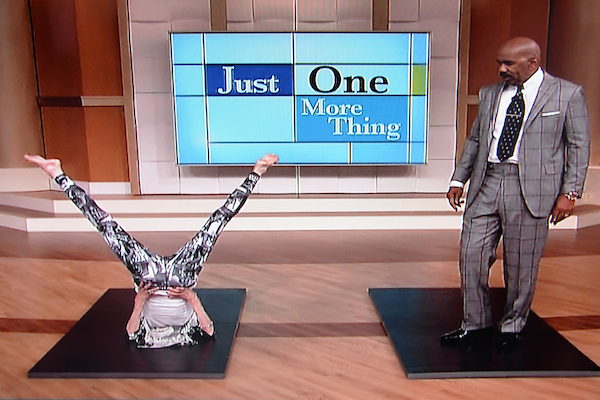 Get ready for The Tao Experience through her long-awaited inspirational memoir, Dancing Light: The Spiritual Side of Being Through the Eyes of a Modern Yoga Master. Find out more about the book.

Come take an adventure through 20th century history, witness fearlessness in action and be inspired to craft a mindful and fulfilled “Tao-like” life!

Subscribe to our YouTube Power Living® TV channel to get updates on new video postings including The Tao Experience playlist.